Do you think your sanctions screening software has you covered? Think again.

Proliferators such as North Korea continue to operate with impunity, often just one step removed from a sanctioned entity. Investigations into recent North Korean proliferation finance show that these illicit networks continue to access the services of financial institutions of all varieties, from small to large, and from those with strong European and North American business to those without.

Automated sanctions screening might keep the regulators at bay, but missing proliferation-linked transactions could inflict reputational damage for any bank caught up in the investigation.

Has your organization thought about the risks associated with proliferation finance and where you might be exposed? Do your compliance and client-facing teams know how to spot the red flags? Does your financial intelligence unit know what to look for?

Join us for this presentation by two noted experts in the field of proliferation finance. 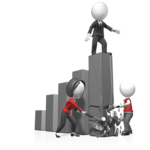 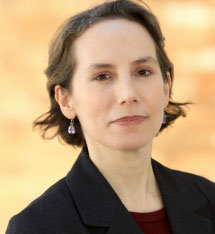 Professor Ruehsen is an award-winning instructor, who has given guest lectures throughout the U.S. and overseas. She received three graduate degrees from Johns Hopkins University (MHS, MA, PhD) and then spent a post-doctoral year in 1993 at the University of California, Berkeley. An economist by training and a certified anti-money laundering specialist (CAMS), and certified financial crime specialist (CFCS), for the past seventeen years she has been teaching courses on international economics, financial crime, counter-terrorism financing and asset recovery.

Dr. Ruehsen’s regional expertise is the Middle East, where she spent a year as a Fulbright Scholar in Bahrain. She has also studied at Yarmouk University in Jordan.

Her current research focuses on trade-based money laundering, proliferation financing, and sanctions. Professor Ruehsen has published in a variety of academic journals and professional periodicals. She was a long time contributor to Money Laundering Alert, and also served as a consultant to governments and the private sector. 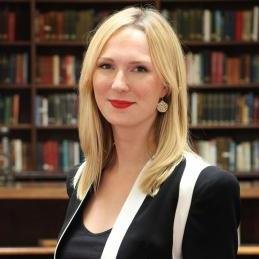 Prior to joining CNS, Andrea was the Deputy Director of the Proliferation and Nuclear Policy Programme at the Royal United Services Institute. Between 2012 and 2015, Andrea took part in security talks with the North Korean People’s Army and Worker’s Party, both in Pyongyang and London. She has worked extensively with the Financial Action Task Force and its regional bodies, as well as with financial institutions, to develop their approaches to countering proliferation finance.

Andrea has been a delegate to the Proliferation Security Initiative’s Operational Experts Group, as well as a UK representative at the 2014 and 2016 P5 Conferences. Before joining the nonproliferation community, Andrea worked in several Canadian government departments, lastly as a Trade Policy Analyst in Global Affairs Canada.

This website uses cookies to improve your experience while you navigate through the website. Out of these, the cookies that are categorized as necessary are stored on your browser as they are essential for the working of basic functionalities of the website. We also use third-party cookies that help us analyze and understand how you use this website. These cookies will be stored in your browser only with your consent. You also have the option to opt-out of these cookies. But opting out of some of these cookies may affect your browsing experience.
Necessary Always Enabled

Any cookies that may not be particularly necessary for the website to function and is used specifically to collect user personal data via analytics, ads, other embedded contents are termed as non-necessary cookies. It is mandatory to procure user consent prior to running these cookies on your website.