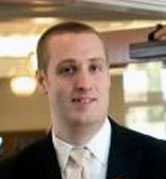 BSA Officer, BSA AML programs, Union First Market Bank
Currently, Joe is the BSA Officer of the BSA AML programs for Union First Market Bank in Richmond, Virginia. Mr. Soniat has worked in as a Finance intelligence Officer for the United States Government; and also as a fraud examiner for Circuit City Stores. He is a BSA Coalition Advisory Board Member, which consists of bankers and regulatory representatives from various federal and state banking agencies from the fifth district of the Federal Reserve. Mr. Soniat has been co-chair of the U.S Capital and Richmond, VA chapters of ACAMS and co-developer of the AML working group in Richmond, VA made up of bankers and law enforcement officials.